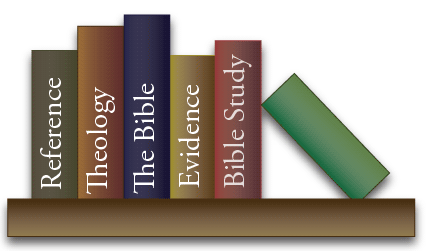 The Identification (Baptism) of Jesus

BOLD Things to notice
† Matt 3:16 Some manuscripts: "the heavens were opened to him"
Italic Identical in the Greek

All  four Gospels record that at the beginning of his ministry, Jesus came to John the Baptist. Commonly it is thought that he came to be baptized, which is why this section is often called "The Baptism of Jesus."

Anyone who has had many discussions with the Mormons, has undoubtedly struggled with the question: Why was Jesus baptized? The Mormon reply is that baptism is required and everyone must be baptized.

But is the main emphasis of this section the fact that Jesus was baptized? If you look at the parallel translations on the opposite page, one thing you will notice is that only Matthew and Mark actually record the baptism of Jesus. (A) Luke refers to it as an event that had already occurred, while John does not mention it at all. As such, there is good reason to question if the baptism of Jesus is really the main subject of these passages.

Looking over these passages reveals that there is only one section common to all four Gospels. That is the descent of the Holy Spirit as a dove upon Jesus. (B) The significance of this event is very clear in John’s Gospel, for he explains that John the Baptist did not know who the coming one was to be until this event. After this identification there could be no doubt (Compare Jn 1:15 to Jn 1:30).

As we saw in the last issue, all four Gospels tell us that John the Baptist was sent as, "The voice of one crying in the wilderness, prepare the way of the Lord, make his paths straight." Yet the choice of who John was preparing for, was not left to him. It was revealed to John by God himself! This is the main point of these passages, and this is why I have chosen the title "The Identification of Jesus" for this section.

Once again, we find that the account in Mk is closely paralleled in both Mt and Lk. The only word-for-word parallel occurs in the quotation of the voice out of heaven, and only between Mk and Lk. Both Mt and Jn contain details not mentioned in the other Gospels.

Mt draws a clear distinction between the Pharisees Sadducees, who were unworthy of John's Baptism (Mt 3:7-10), and Jesus, whom John is not worthy to baptize (Mt 3:14). This fits in very well with the traditional view of Mt as the Gospel to the Jews.

It also helps explain why the other Gospels do not mention the Pharisees or Sadducees. Mk and Lk were written to audiences outside of Israel who would not have been as concerned with these groups.

The differences in Jn are easily understood when we realize that the events John is recording take place at least 40 days after the baptism of Jesus. Jn 1:29 says, "He saw Jesus coming towards him." This must have taken place after the temptation of Jesus, since a week later Jesus goes to the wedding at Cana (Jn 2:1).

Perhaps the most serious problem in these passages is the apparent conflict between Matthew and John over when John the Baptist first knew Jesus. (D) In Matthew’s Gospel, John the Baptist seems to know Jesus before he is baptized. In fact, John tries to prevent the baptism, saying "I have need to be baptized by you." Yet, in John’s Gospel we are clearly told that John did not know Jesus until the descent of the Holy Spirit, an event that occurs after the baptism.

So did John know Jesus before the baptism or not? This is an example of where the context helps us to sort things out.

This does not exclude the fact that John knew of, or possibly even knew, his cousin. How then do we explain John’s comments in Matthew 3:14? John’s baptism was a "baptism of repentance for remission of sins" (Mk 1:4; Lk 3:3). As D. A. Carson has pointed out, "At the very least John must have recognized that Jesus, to whom he was related, whose birth was more marvelous than his own, and whose knowledge of Scripture was prodigious even as a child, outstripped him. . . conscious of his own sin, he could detect no sin Jesus needed to repent and confess. So John thought that Jesus should baptize him."

Another problem is John’s use of the term "Lamb of God" in relation to Jesus. This is because at that point in time (i.e., before the death and resurrection of Jesus) it is unlikely that John would have seen Jesus as the "suffering servant."

This is especially true when one considers that John the Baptist began to doubt that Jesus was the ‘coming one’ in Mt 11:3. Because of this, some have claimed that John has placed this post-resurrection view of Jesus on the Baptist’s lips, and thus the account is not historically correct.

Actually, this is not all that difficult to explain. In John’s Gospel, people often ‘speak better than they understand.’ In other words, they say things in such a way as to reveal truths they themselves may not even understand.

Consider for example, John 11:51-52, "He did not say this on his own, but...he prophesied that Jesus would die for the Jewish nation, and not only for that nation, but also for the scattered children of God."

If these words had been spoken by John the Baptist, critics would have had the same complaint. But this prophecy was given by Caiaphas, the high priest, as he plotted to kill Jesus. Now it is quite clear that while Caiaphas’ words were correct, he did not fully understand what he was saying. I believe the same is true of John the Baptist’s use of "Lamb of God." John simply ‘spoke better that he understood.’

So then what did John really mean? Probably something much closer to the lamb that is described in Rev 7:17 and 17:14: a lamb that would come as a mighty warrior. When he said that the lamb would take away the sins of the world, John probably meant that it would be through judgment, as opposed to sacrifice.

In short, what John expected was probably very close to what everyone else was looking for, a mighty warrior who would remove the Romans. When this did not happen, as recorded in Mt 11, John began to wonder if Jesus really was the Messiah.

The third alleged problem (F) is that the words spoken by the Father in Mt 3:17 ("This is ...") differs from those spoken in Mk 1:11 and Lk 3:22 ("You are. . ."). Yet the change is hardly significant. What the change does demonstrate, however, is that Matthew wanted to be sure that his readers knew the voice was heard by others and not just by Jesus.

We hope that you have found this study informative and enlightening. As always, study and pray about these passages yourself. In doing so, you can come to a better understanding of God’s purpose, and thus his message.